The Making of series (30th Edition) "You Know, I Know" 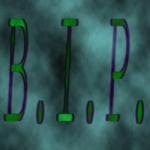 "You Know I Know" is one of the best examples of a B.I.P. song. Va'Les came over to APG Studios one night to record "Bald Black" track #18 on "S.O.A.z Featured Presented" (a CD that came out online as a choice for FREE CD awarded to voters in the Polls we have) this song is also known as "Lyrically High & Most"...That night they also recorded "The Mickey Remix". Before recording they went to a near by Liquor store & copped some Crazy Horse 40s, after Blazin & drinkin & recording in the Basement on the Roland 880 EX, Kwin & Va'Les watched a movie together called "THE BIG CHILL". This movie, is probably the most unlikely movie to inspire any rapper to have a concept for a song. Since Va'Les & Kwin used to hang out about every day back then (2003) they had great chemistry as artists. Kwin MD used to say "You Know" all the time, that, Va'Les's kids used to say "You Know" everytime they saw Kwin. In the movie "THE BIG CHILL" there was a scene where the movie sound track cutts to a song from the era of oldies music (between 1950-1970) where the female singer sings: "I Know"....Va'Les got the concept at about 4 AM that night watchin this flick. His idea was good. We sampled the skit from the S.O.A.z first street CD track #12 on that CD...All 3 Common Ground members (Omega Redd, Va'Les & Kwin MD) say in harmony "You Know" and we slowed & screwed both samples (the Big Chill Sample of "I Know" & this one) for the hook. Va'Les sings on the hook. The first verse was recorded at APG Studios, the rest of the song was recorded at Va'Les crib on Walnut Lane in G-Town....The entire song was recorded using the Roland 880 EX and mixed down using Cake Walk at APG studios.

About one week later, Kwin went down to G-Town and Va'Les was ready to record this song. His family members were all chipping in with addlibs, which can be heard through out the song from the first hook to the end of the song. Va'Les freestyles the 2nd verse. The format for the 3rd verse is all over the place. It's not line for line, it's a freestyle that was sort of like a live performance where Va'Les & Kwin shared the mike & showed the great chemistry they truely have. Some of the lyrics in the 3rd verse are also in "Splendid". Those lyrics were done by both Va'Les & Kwin together (In "You Know I Know" they spit it at the same time, recorded on one live track)...This is the reason that on the upcoming "Golden Land" album, "Splendid" is track #16 and "You Know I Know" is track #17. These lyrics that are in both songs are lyrics that both Va'Les and Kwin used to recite together almost every day. That's how good the B.I.P. chemistry is.

The beat for this song is just like 2 other songs, "Love 2 Smut" featuring Lil' Debo & "Across the Map" (another song that will be on "Golden Land"...The reason why this beat is like those 2 songs beats is, Va'Les and his cousin: Willy from Philly made these 3 beats together in the basement at APG Studios on Willy's Beat Machine. Willy's voice can be heard on "Love 2 Smut" between the first verse & the Hook as a bridge saying "Blah, Blah,Blah, Blah,Blah, Blah, bring it back"....