As I get ready to Host the warm up show I felt the need to blog.
Here's the link to the warm up show- http://www.blogtalkradio.com/djgreenguy/2014/10/31/mischief-night-episode--preview-season-7

Listen live or listen to the re-run on the webpage.

Let's take a look back to the first 2 albums 2Pac came out with after his death.
2Pac's first studio album to be posthumously released:
Has 2 titles:  The Don Killuminati and The 7 day Theory
http://en.wikipedia.org/wiki/The_Don_Killuminati:_The_7_Day_Theory
Was released - November 5, 1996

R U Still Down?  & Remember Me

As we get ready for November of 2014.  I reflect on this great music from 17 and 18 years ago, I am about to play a song from on my show tonight.  I still don't know what happened with 2Pac.

Did he sell his soul?  He says the lyrics "Did I sell my soul?" in some of his songs.
It's documented that he recorded "The 7 day Theory" by Makaveli (his alias)
After the songs he Recorded on "R U Still Down?"

So was this a time period where he was working for the Devil?

Or the Illuminati?
Doing their Work?

Then after he got bailed out of Jail by Suge Knight, did he make a new deal with him?

What was the deal with Suge Knight?

Did he have to make so much money before his debt to Suge for being bailed out of Jail is paid?

He spoke about 3 strikes and felonies.  Was his 7 day theory to avoid a 3rd strike?

I wonder about this alot.  He would be a great interview if he was still alive.

from 92-94 his lyrics and his songs have a different personality than his songs as his alias name: Makaveli.

I think when any rapper says "I see you" they are referring to an EYE ball symbolism, unless they don't understand that this could be interpretted this way. 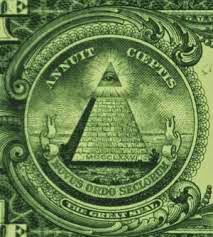 Tonight we will play some song with "I see you" in the lyrics.  We will talk about the

What happened in September 7, 1996 ?
Did the wrong person listen to the recordings by Makaveli done in August 1–7, 1996; Can-Am Studios, (Tarzana, Los Angeles)?  On his studio album: The Don Killuminati: The 7 Day Theory

I think he was proud of his dope new shit and bumping it in Las Vegas.
It was only 1 month after he finished recording it.

Some people say he faked his death.

No one really knows the truth.

I am still searching for answers...