Common Ground (The Next album) 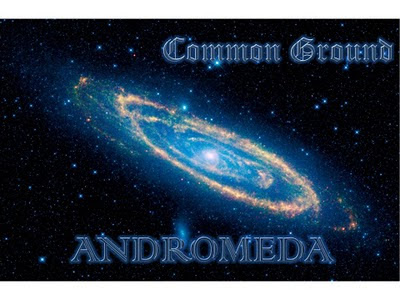 Andromeda is the galaxy next to "Milky Way" Galaxy.
Andromeda is also, the farthest thing from Earth that can be seen with the nakid eye (with out a telescope)...


We haven't decided on a title for the album yet.

But we do have the album available for people to reserve a copy on CD today.
Here's how it works, to reserve your copy of the new Common Ground CD, send an e-mail to mckomandoni@yahoo.com with your Name, your shipping address, and your purchase confirmation info after you pay the $9.99 to the paypal.

To make that payment, just go to the bottom of the page @ The S.O.A. Radio Site.

Here's some quick information about those first 2 albums by the Group known as Common Ground:

More information about the Group:

Common Ground is the group that started the S.O.A. movement. The first 3 members of the S.O.A.z make up Common Ground. Va'Les, Omega Redd and Kwin McKoman Doni aka Dee Jay Greenguy